Denver Dances on the Big Stage

Vandoskes Denver Cami-ET made a name for herself and her young owners at the International Junior Holstein Show… After topping her winter calf class, she was named Reserve Junior Champion for her junior owners, Brianne, Brooklyn & Reid Vandoske. Later on in the week, after a change of ownership to Quality, Beckridge, Agriber, & Wright, Cami placed second in a winter calf class of 50 with her fearless junior leader, Brianne Vandoske, at the halter. 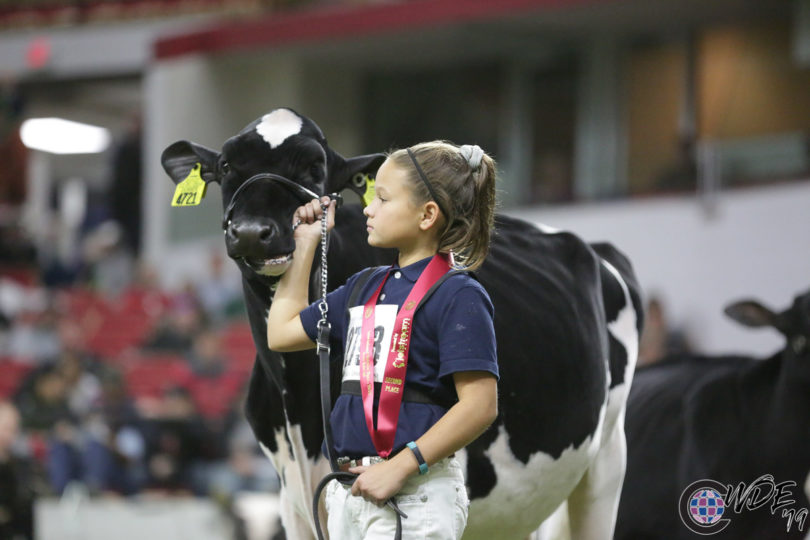